It would seem that after adding the ability to adjust the brightness, contrast and some other effects on Instagram, the need to add new filters has disappeared. But no! In the past Crema, Aden, Slumber, Perpetua and Ludwig appeared in the year. And in the spring 2015th, after yesterday’s update, three more newcomers: Juno, Lark and Reyes.

It’s impossible to miss them, because now they will be in the very the beginning of the list of filters and on each of them a large the inscription: “New.” This is so that for sure you did not pass.

At first glance, the Lark filter brightens somewhat a photograph. In fact, it just increases the brightness of the photo about 2 times and the contrast is about a quarter. AND it turns out Lark? 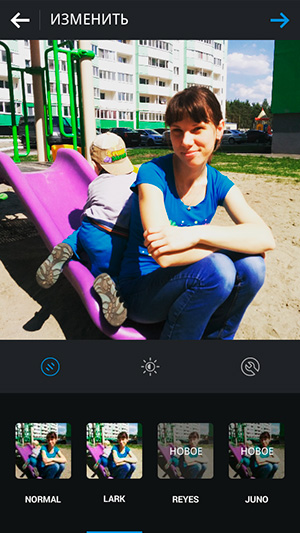 With Rayes, things are a little more complicated. But also not very difficult. It uses the color overlay effect, which you can find in settings. And some kind of not very clear color is superimposed, gray-brown-goat. Well, some brown-beige like me it seemed. 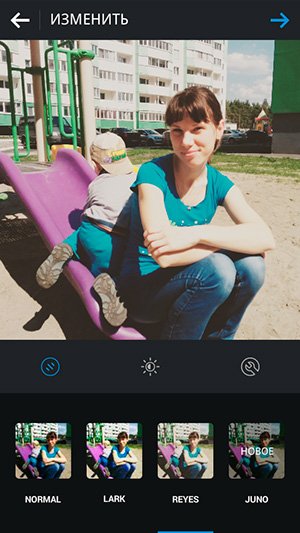 Juno is a variant of Lark actually. Only if in the first filter, the contrast is somewhere around 25% increased compared to original photo (Normal), then in Juno this indicator is somewhere 60% 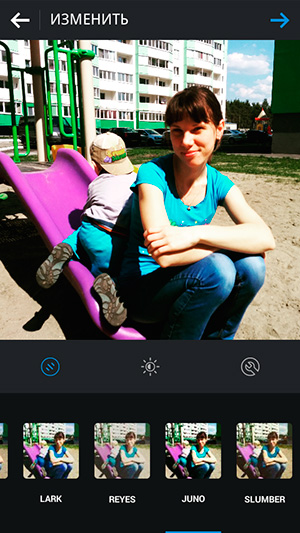 In general, I am disappointed. Of course, it’s clear that you need to constantly update the application, add something like that to users did not run away. But honestly, it would be better to fix the error with receiving a code via SMS, which many people complain about on my site (although maybe it’s not about instagram developers, and in our telecom operators). Why did you come up with three new effects that can be achieved independently in the settings, not very clear. Unless – for the lazy.