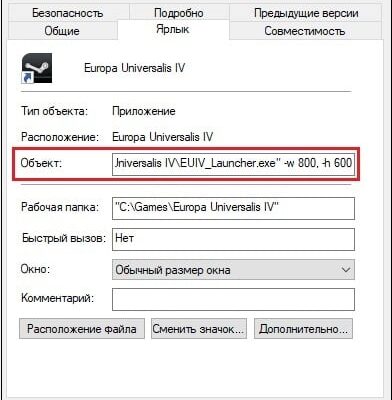 The need to change the resolution in the game without launching it arises in a situation when the game starts at higher graphic settings, rather than supporting a custom PC. When starting such a game, the latter gives an error message, informs the user about incorrect graphic settings, or completely crashes to the desktop without any notifications.

Another factor causing the need to change settings screen without activating the game, are incorrect settings, selected by the user. Playing with such options does not will start, as a result of which a person will have the need for optimal settings.

There are several effective alternatives to change the resolution of the game, aspect ratio without starting the game.

The first popular way is to change the settings. a shortcut that launches the game itself from the desktop.

That is, width (width) – 800 pixels, and height (height) – 600 pixels. Our game should start with the specified low resolution, after which by going to its settings you can set Optimum screen resolution required.

Write the required values ​​in the line “Object”

Instead of the specified parameters, alternative and higher ones – 1024 by 768, 1280 by 1024 and others. After make changes save the result by clicking on “OK” below, then try to start the game using this shortcut again.

An alternative change option would be to go to the tab “Compatibility” of the properties of the shortcut, and choosing the resolution mode there 640 to 480 screen.

Another popular way to change the resolution of a game without startup is finding and changing the configuration file games in which the graphic settings of the game screen are located. The file itself is usually located in the game directory, and depending on the specifics of the game may have different, however recognizable, name – e.g. settings.ini, settings.xml, variables.txt, options.ini, name of the game.cfg, name of the game.ini and other similar analogues. 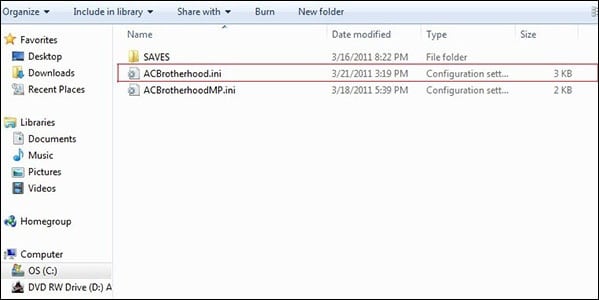 One of these files

You must open such a file (using the standard “Notepad”), and find there the parameters in which the indicators are written screen resolution.

For example, it could be:

And other analogues. Put instead of these values ​​more modest metrics (e.g. 1024 by 768), save changes to this file by clicking on “Save”, and then try to start the game itself. 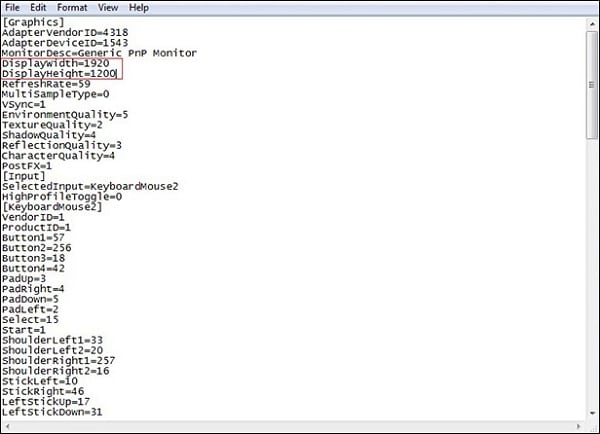 Use the launcher to change the resolution

In some cases, the game is launched by a special launcher, in where the user can prescribe the appropriate settings screen. Use this launcher to set basic graphic settings, and only then, after the correct launch of the game, modify the settings as you wish.

Special program for GeForce video cards Experience allows you to change the settings of each game, including and screen resolution. Download the program from nvidia.ru, install and run. Select a specific game from the one presented in program list, and set the required resolution for this games. 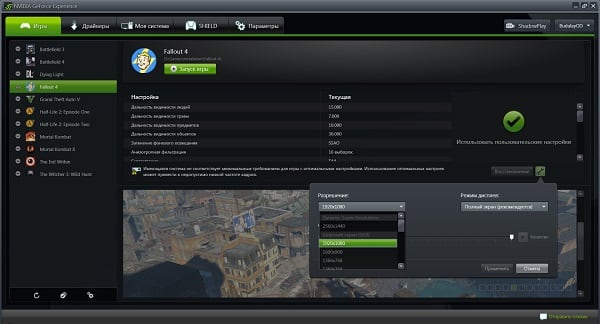 Use Steam functionality without entering the game itself

If you run the game through the Steam client, then go to Steam library, find the desired game there, click on it with RMB, select “Properties”. In the general tab, select “Set launch options.”

Click on “OK” and close the window. Launch the game.

In this material, methods for changing high resolution in the game for optimal without entering the game. Prescribing settings was most effective. screen through the game’s shortcut and its configuration file. In the game itself you can try pressing the key combination Alt + Enter – this will allow you to switch to window mode, and already from it, with the advent of Normal image, customize the game as you need.