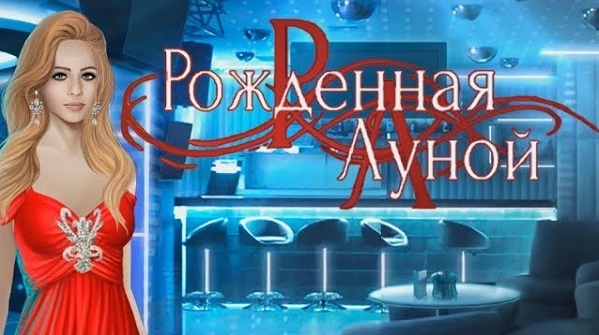 In the center of the “Born by the Moon” scenario of the “Club of Romance” game – student Mia, who is from everyday gray life gets into the vortex of vampire stories. Girl faces vampires and werewolves, studying ancient prophecies, building love relationships, going through a lot of exciting adventures. History carries away from the first minutes, does not let you get bored, you literally read an exciting book with the difference that you have to personally determine what the main character will do in one or another situation.

Moon Born is an exciting story about vampires and werewolves

Now in “Born by the Moon” presents 4 full seasons and 3 episodes 5 seasons. New series come out with a frequency of once a month and a half. Total in season 5, 10-12 episodes are planned, because we still have half a year to a year to enjoy the exciting plot. 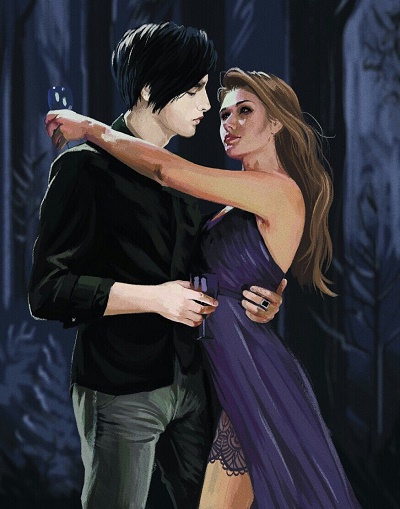 And do you find the resemblance of the game with Twilight?

In the center of the plot – a romantic confrontation between Victor Van Orthom (vampire) and Max Fall (werewolf). The main character will need to choose one of the characters, and build a romantic relationship with him. In addition, the main the heroine in the script develops several storylines of the Romance Club – The Gift of the Moon and the Gift of Blood.

Victor or Max – who will Mia choose?

Depending on the answers you have chosen, you will be pumped skill of diplomacy or stamina of the heroine. The choice of outfits in most cases does not affect anything (except aesthetics), and romantic scenes in the moon born can do attitude beloved to our heroine more tender. 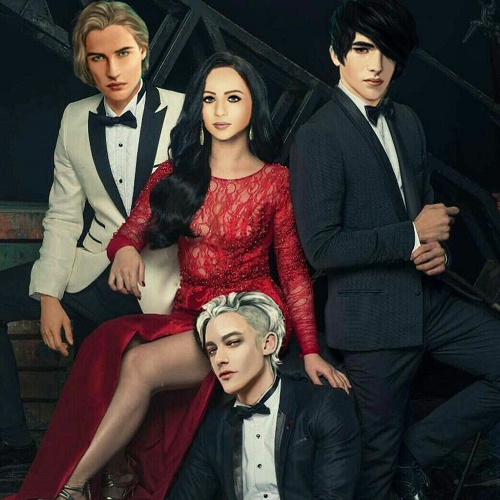 The scenario “Born by the Moon” captivates from the first minutes

It can be useful: How to complete all levels in the game Tricky test.

As we mentioned earlier, the main character of the story passing is girl Mia, who is studying to be a journalist. The story begins in student dormitory where acquaintance Mia Ashton comes with the parcel. Inside the package is a mask and an invitation to Vampire theme masquerade ball. 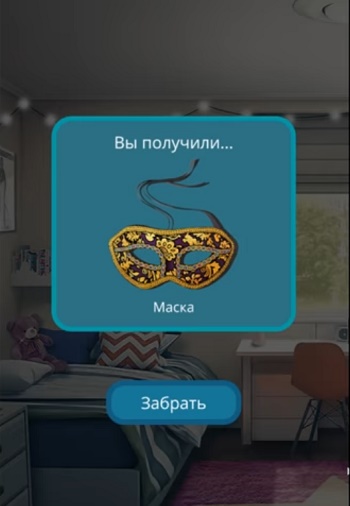 Inside the box you will find a postcard and a mask

We communicate with Ashton and girlfriend Trisha, who talks about to your boyfriend Tede. In the evening, choose clothes, and go to the ball at Moon born season.

We go through the park to a large country mansion, on the way We meet the cosplayer, we communicate with him. We enter the house. Inside a lot guests. 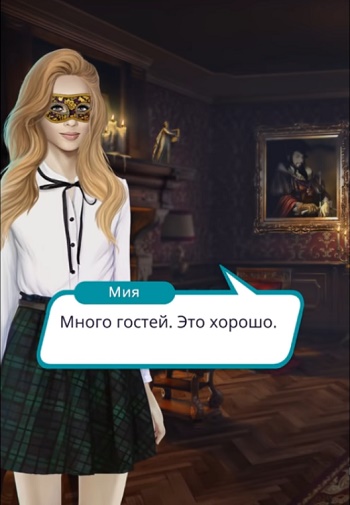 Inside you will meet many guests

A couple comes in, a girl in a red mask, and a guy in a black mask. We go for a walk, we meet a cosplayer (we previously saw him at road to the mansion), we communicate with him.

We return to the house, talking with a guy in a gray mask. We notice the pair in red and black that has already attracted our attention mask. The girl in the red mask bites her boyfriend to the blood, but nobody pays attention to it. Quite exciting passing this season of the Club of Romance. 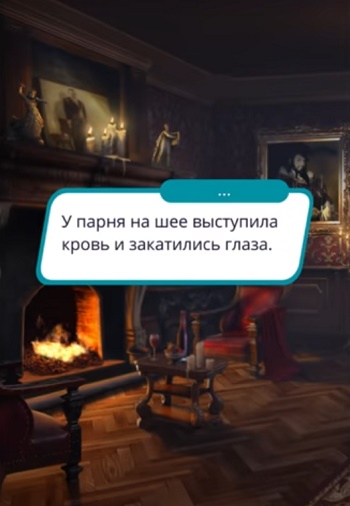 Girl bites a guy to the blood

We go into the office, examine the books. Girl in red comes in. masked and trying to attack us and bite us in the neck. Comes to the rescue a guy in a gray mask, a vampire girl runs away.

The guy in the gray mask saves Mia

A guy in a gray mask guides us to a taxi. We are coming back go home to the hostel and go to bed. In the morning, Trisha’s girlfriend wakes us up and tells us that we screamed in a dream.

In the evening we go to the bar in the Romance Club. We meet there Ted is Trisha’s ex-boyfriend. Ted pestering Trichet. After their conversation, Trisha notices a new guy named Simon.

The girl we know from the red mask enters the bar, but later it will disappear somewhere. Then we meet Simon, and we find out that he is a photographer in a supernatural magazine. Simon promises to pay for the story of what happened at the party. 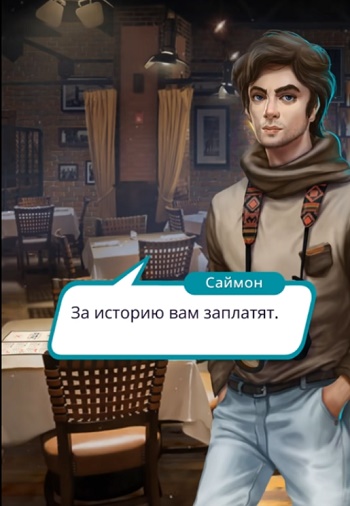 Simon promises us money for a story

We return home from the bar and decide to call Simon. We are sent to the editor. Mr. Bow begins to ask us about what happened. We tell emotionally and colorfully, this will add to us bonuses. Bowe invites us to work in a magazine as a journalist and write an article about what happened. We select our table in the office, and continue the passage of the exciting season “Born by the Moon” in Club Romance app. 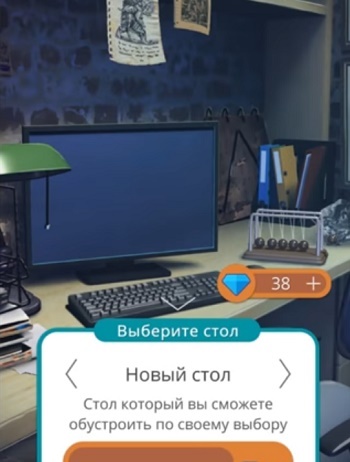 Choose a table for your future work

Simon will come later. We agree with him about the next visit. mansion to create photos. We arrive at the mansion, ring the doorbell. We find out from the person who discovered that the house was rented for the duration of the masquerade. Contacts of the organizers do not give us. 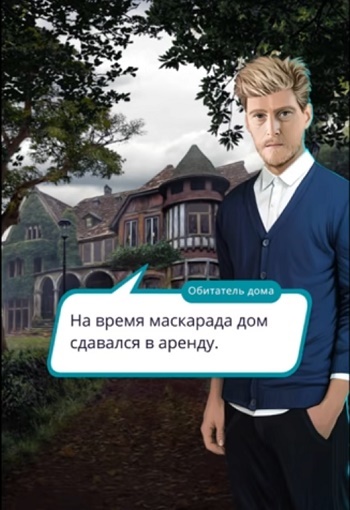 We ask Simon to distract the one who opened the door, and we go into mansion through the back. In the basement we find a nightclub flyer, and also a bloodstained handkerchief. Suddenly the cellar door slams shut. 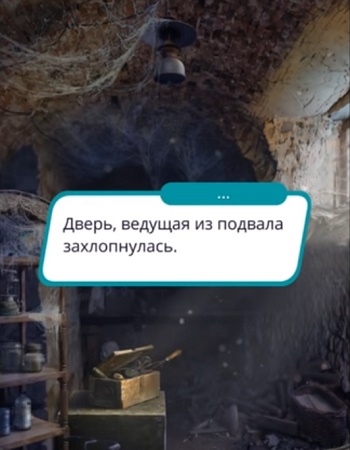 Suddenly, the door leading out of the basement slammed shut

We get out of the locked basement. We are leaving with Simon to the bar, where show the flyer we found. Then we go home to the hostel.

Next, we look at the dialogue between two guys – Billy (formerly in a black mask) and Frederick (who opened the door to us earlier the man). Guys discover that Mia has escaped. Billy instructs Frederick track down the girl. 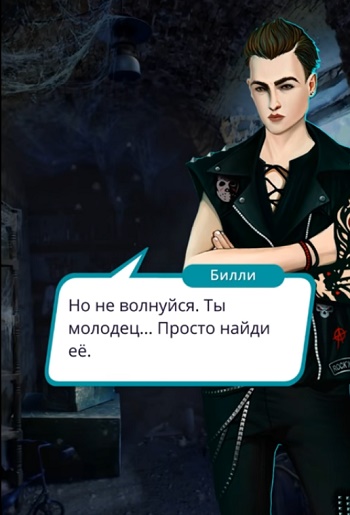 In the hostel, Simon calls us and talks about a secret club. “Taste of the night” in the Club of Romance, which has a closed character. We are going to “Taste of the night,” at the college we meet Frederick. When we go in lane, Frederick is attacking us, we are fighting with him. Then we run out on the main street, before us a gorgeous car stops. The driver (the guy we knew in Gray Mask earlier), picks us up, bandages us a hand, we lose consciousness. 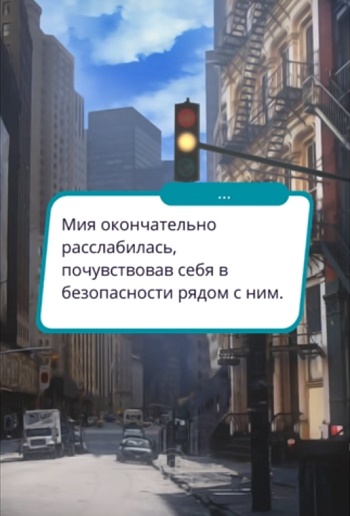 We come to our senses in an unfamiliar house. Our savior comes submitted by Victor. We have dinner with Victor, then he orders us a taxi. We visit the bathroom again for bandaging hands. Victor appears, reaches for our hand, and he appears vampire fangs. 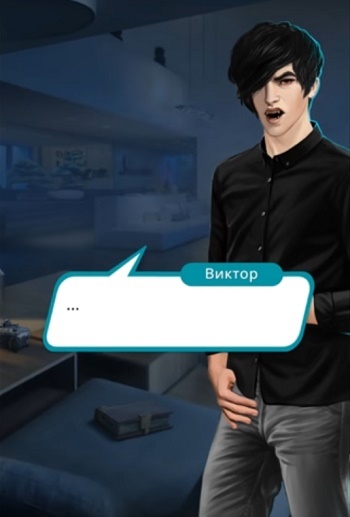 Victor turns out to be a vampire.

We fight off Victor with a poker. His wounds are healed before his eyes. Victor admits that he is a vampire, but asks no one about it narrate.

Further plot “Born by the Moon” in the Romance Club you can watch in the video format on the channel on youtube.com.

See also: how to get Sberkot and Kushi stickers on VK.

Bright mystical story in the format of “Twilight” will plunge us into an exciting story about werewolves and vampires. Above we brought passing 1, 2, 3, 4, 5 seasons “Born by the Moon” in the popular Club Romance game, which you can view fully in video format. This is one of the brightest stories of the Romance Club, and she will surely appeal to those who like to tickle their nerves and outstrip the fate of the main character of the plot. But too do not worry, in such romantic stories everything ends well. You know that.