Fallout 3 freezes during the game and does not is responsible 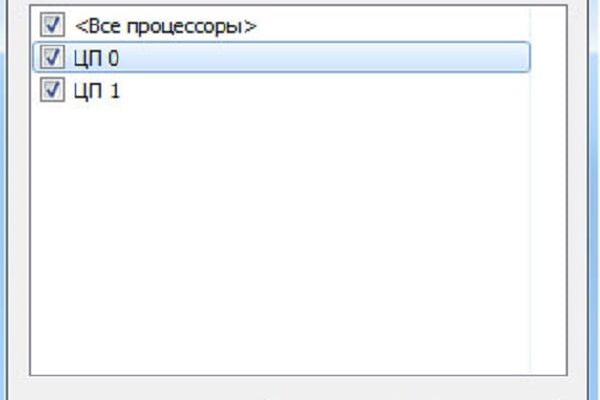 Reasons for Fallout 3 to freeze during the game

Fallout 3 may freeze for various reasons. operating system, poor game optimization and complexity modern hardware, which is not provided by the program code. The most common freezes and crashes in the following situations:

Using the unpatched version of Fallout 3, which does not fixed some internal game errors.

If the game freezes or crashes, the easiest way is to remove it and install again by downloading the latest version (preferably by purchasing Steam license) with all patches and updates. After installation you need to properly configure the game to prevent freezing Fallout 3.

What if Fallout 3 is not responding?

It is unlikely that almost 10 years after the release of the game, the reason freezes and glitches becomes a lack of resources, but just in case case before starting it, you must disable all heavy programs (browser, antivirus, etc.) if the computer is on the verge of Fallout 3 requirements. If the computer, on the contrary, is too modern, it is worth limiting resources by choosing a game process in task manager and assigning it one of the used processors. 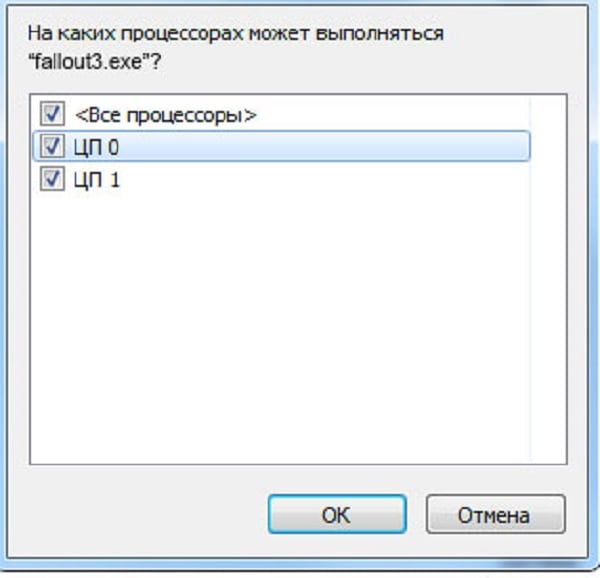 Setting up the processors used to launch Fallout 3, implemented in task manager

To run older versions of the game, you need Games for Windows Live is a program known for its “curvature.” If Fallout 3 freezes and does not respond during the game, GFWL should update by downloading the latest version from the Microsoft website. This, however, may not help; if desired, you can untie the game from GFWL by downloading special deactivator Games for Windows Live Disabler.

Update other utilities not used only to run Fallout 3, but also other games – DirectX and .NET Framework This is especially important if the game is not installed through Steam, but from one of the old CDs.

If two monitors are used, the second of they need to be disabled.

If the game does not run on Windows XP, you need to do following: 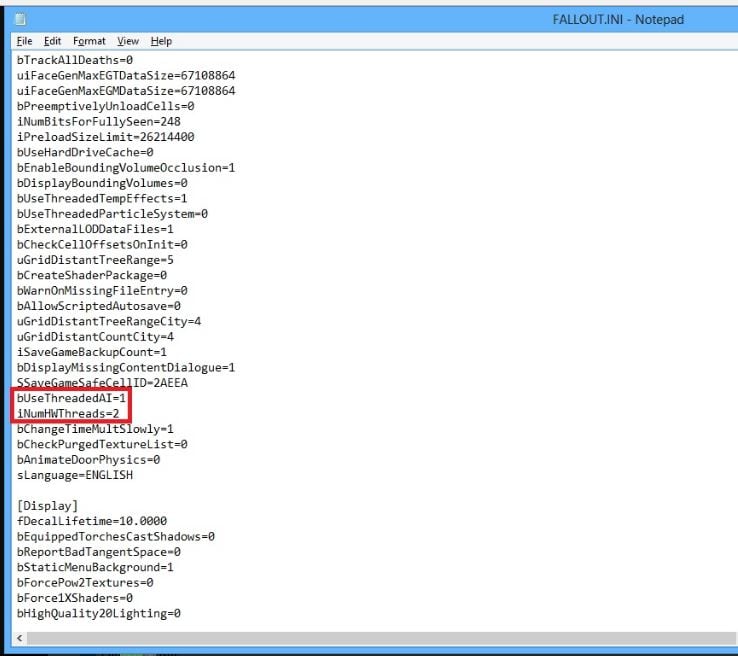 Changing fallout.ini helps in most cases

In most cases, this eliminates various freezes and crashes. Fallout 3 in random places of the game. Additionally, install compatibility with the older system in the properties of the game shortcut.

If nothing helps, you need to download and install an unofficial patch Fallout 3, which fixes a lot of errors. Also he automatically performs the previous step – makes changes to the file fallout.ini settings.

In some cases, departures are associated with modifications if they are not compatible with each other or just poorly made. All mods should disconnect, starting in turn, an exception method will be found faulty modification. One mod is worth leaving – CASM, which disables autosaves, because of which sometimes Fallout 3 also doesn’t responds and freezes during the game.