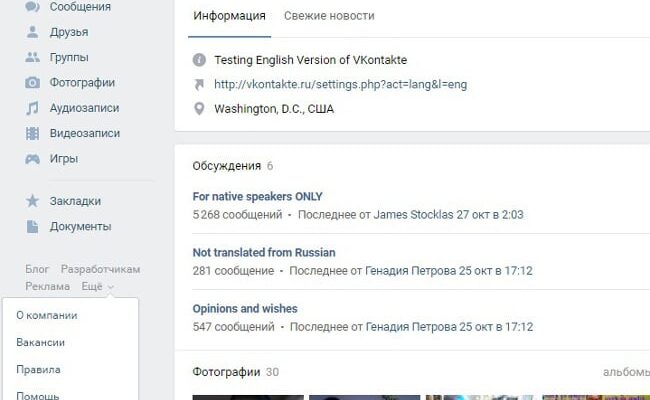 In fact, with the new VK interface, it is to change English to Russian is even easier than before. And after reading this text, you can easily change the interface language to one that you need to. Also, if you need to change your last name in In this I wrote a separate article, it is necessary when at registration users enter a surname.

Change the interface language in VK to Russian after registration 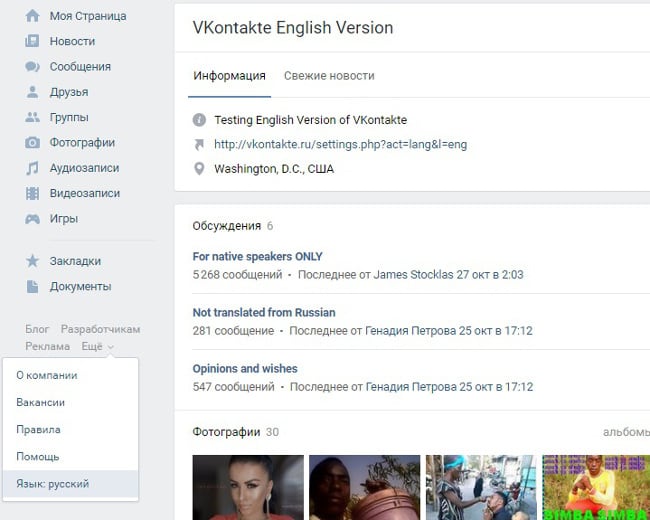 How to put Russian in the new interface “VKontakte”

The first thing to do to change the language to Russian in new interface, of course, go to the site of the most social VKontakte network. The page you open has no values, since the corresponding button is present on each of them. Then you will need:

A list will open called “Select Language”, from which you will need to choose the language you are interested in (in our case – Russian). After completing the appropriate actions, all interface labels will be displayed in the new VK interface on Russian 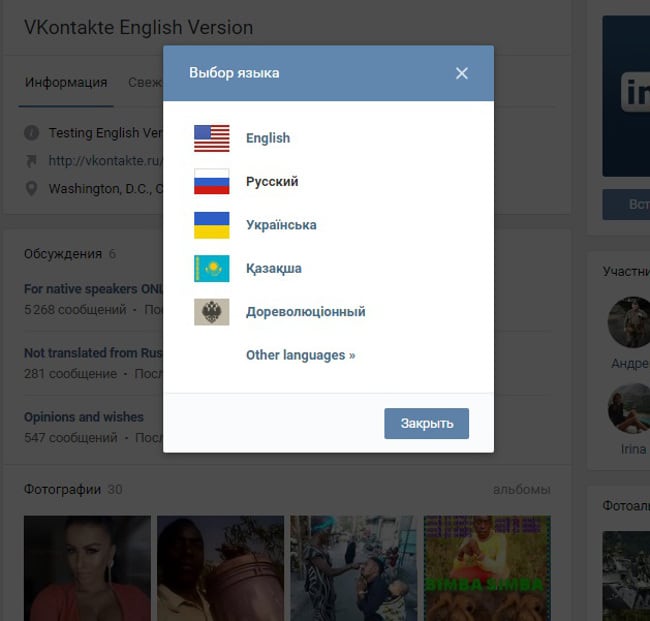 Select Russian in the new interface

However, in some cases, the Russian language may not be in the list. This may happen, for example, because the system recognized that you are in a country in which few speaks the appropriate language (e.g. Australia or The Netherlands). It should be noted that a similar situation may happen even when physically you are not outside Russia, and the system interface in the native language. Such often occurs if the connection is established through the VPN. If so, then just turn it off, otherwise when entering the social network without it, confirmation is required in view of entering the code from SMS 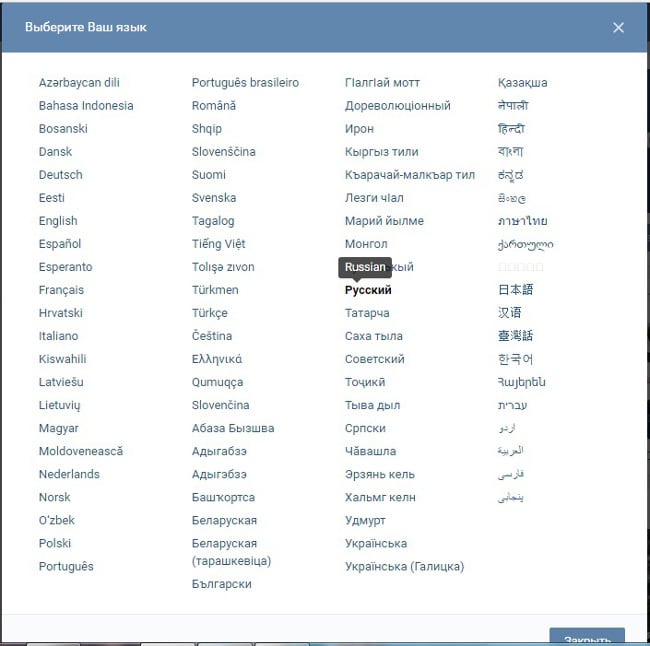 If there is no Russian language

If in your case the Russian language is not in the list of new VK interface, then do not worry. Just follow the steps actions, and in the list of languages ​​select “Other language “. After that, a large list with all supported languages. To change the interface language during VKontakte in Russian will just need to find and click on it. As a result of this, all elements of the new interface will be translated.

Change the language of the VK interface before registration 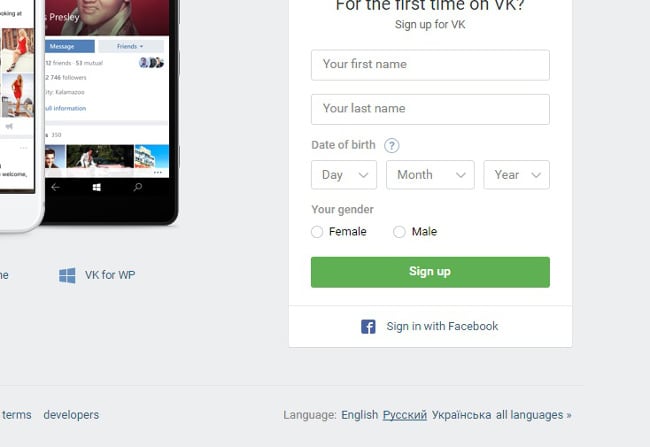 How to change the language in VK before registration

If you have not registered on the social network, but when when you visit her site, that is reflected in an incomprehensible language to you, it’s just Scroll to the bottom and select the bottom right “Russian”.

If he is not there, then click on “All language “and in the list that appears, click on the one you need language. After that, the site will be displayed in Russian, and you can go through the registration procedure without any problems.

As you can see from the text above, the process of changing the language in The new VKontakte interface in Russian is quite easy and it’s even easier than before. The whole procedure from start to finish takes maximum 10-15 seconds.