Voice acting with voice from Google

In addition to the speech synthesizer often found on mobile devices on Android, Google provides its users the ability to use voice technology online. Most a popular and free service of such a plan is a network Google translator, who, in addition to the translation function, can voice The text the user needs.

As you know, this translator is one of the most popular in the world. The resource has a completely free character, on it there is no advertising, and also, importantly, no restriction on the amount of input of translated text. Last for we are especially valuable – most services for voice acting (text-to-voice) have quantitative restrictions for text input (for example, no more than 350 characters).

To voice voice text using Google Translate, go to at translate.google.com, in the upper left, select the language in which your text is written, and paste the text itself in the left margin. For start voice playback you just press the button with The speaker image is slightly lower.

For voice playback of text, press the button with speaker image

Only one female is available to pronounce the text. vote. Playback quality is average, voice has pronounced “metallic” notes, and in quality inferior to most paid analogues. However, given the lack of typing restrictions and the free nature of the site, this is something with than you can put up with.

Google continues to develop text-to-speech technology (Text-to-Speech), actively implementing groundwork in Google applications Assistant “and” Maps “. Now the results are available in the cloud platform. from Google (“Google Cloud Platform”). The basis of the innovation was the model Google’s WaweNet, which supports 32 voice options at 12 languages, adjusting the tone of the voice, its volume and others opportunities.

This model is being developed by a Google team called DeepMind, which announced the release of WaveNet back in 2016. Instead using fragments of speech and connecting them into words (which sounds quite robotic), WaveNet forms individual voice waves, thereby creating a natural voice speech. IN Google has improved the capabilities of WaveNet by making it much faster, and the voice she plays is better. IN ongoing tests, students noted an improvement in sound by 20% by compared to the alternative voices of competing projects. 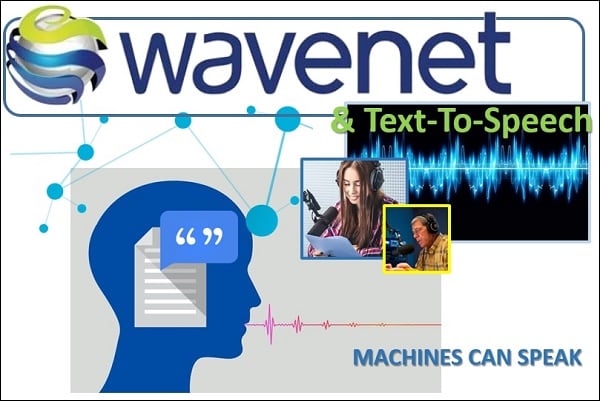 How to use the service:

Unfortunately, the Russian language is not currently supported. (under development). However, even English pronunciation enough to appreciate the high level of pronunciation of the text voice from google. 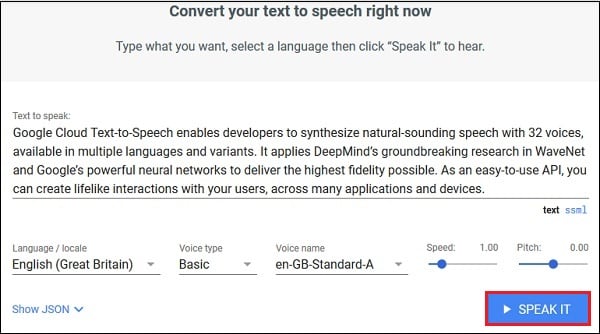 Click on “SPEAK IT” to demonstrate the technology. “WaveNet”

We recommend reading: why in the VC can not hear voice messages?

Voice over of text online with a voice from Google is implemented as with using mobile tools from Google, and using functionality Google translator. The capabilities of the latter allow you to voice the text almost any volume, while the voice quality is at average level. Nevertheless, Google is actively developing a neural WaveNet technology capable of delivering voice speech in practice indistinguishable from human. How much will she justify issued to her advances – time will tell.